(ca. 1796-1875) William L. Menfee was born in Knox County, TN. He studied law and was admitted to the bar sometime prior to when he moved to Alabama. He became involved in Texas’ affairs with Mexico and represented Lavaca County as a delegate to the conventions of 1832 and 1933. In 1835 he represented Austin municipality at the consultation at San Felipe and later served as a member of the General Council of the Provisional Government of Texas.
On March 2, 1936, he was among the signers of the Texas Declaration of Independence. In late 1836 Menefee was appointed Colorado County’s First County Judge by Republic of Texas President Sam Houston.

(1825-1914) Dilue Rose Harris is best known for her journal writings concerning events of the Texas Revolution. "Reminiscences" was published in a quarterly edition of the Texas State Historical Association. Her book has provided a valuable source of information about Texas during that time. Dilue came to Texas in 1833 and was married to Ira Harris in 1839 when she was nearly 14 years old. They moved to Columbus in 1845 and reared nine children. Dilue and Ira Harris are buried in the Columbus City Cemetery.

(1826-1905) Robert Henry Harrison was born in Georgia and was the son of a doctor. He received his medical degree in Ohio in 1846. He married Martha Towell in 1856, and then served as a colonel in the Confederate Army. He moved to Columbus with his family in 1869 and opened a doctor's office on the town square. He was a founding member and President of the State Medical Association, helped establish Texas' Board of Health, and was a prolific medical journalist. He built a hospital in Columbus in 1880 for railway employees.

(1834--1890) Robert Earl “Bob” Stafford became wealthy from driving Texas Longhorns to markets in the north. During the Civil War, Stafford enlisted in Hood’s Texas Brigade, but came home early to concentrate on building his herd. In 1869, he drove a large herd of cattle to Kansas, earning a hefty sum. Shortly after returning home, he began buying up all the brands he could get from Colorado County and surrounding counties. In 1882, he started his own bank as sole owner and president. Later, Stafford and his fellow cattlemen organized the Columbus, Texas Meat and Ice Company.
On July 7, 1890, the city of Columbus was celebrating the newly constructed courthouse. That evening there was to be a dance at the Opera House, which was constructed in 1886 with Stafford’s money. About an hour before the dance started, Bob Stafford got into a heated argument with City Marshal Larkin Hope and his brother, Marion Hope. The Hopes shot and killed Stafford and his younger brother, John.

(1845-1894) J.L. “Light” Townsend served as a Private in Co. A 5th Texas Cavalry (CSA). After the war, was elected as Colorado County Sheriff and served for 14 years. Bob Stafford was murdered by Townsend’s son-in-law, Marion Hope and his brother, Larkin Hope.
As a result of the Stafford murders, a large majority of the citizens of Columbus demanded Sheriff Townsend be removed from office. Their demands were not met and Townsend remained in his position as sheriff. However, in 1894 he was shot by a community member and subsequently died as result of his injuries. His obituary, which ran in the Weimar Mercury on November 17, 1894, stated Townsend was “one of the shrewdest, most zealous officers southwest Texas ever possessed. He was a true friend, a brave and fearless officer, and a true christian gentleman.”

(1861-1947) Born in Wayne County, WV, Joseph Jefferson Mansfield came to Texas in 1881, studied law, was admitted to the bar in 1886, and opened a law office in Eagle Lake. In 1888, he married Annie Scott Bruce and they had 3 children. In 1892, Mansfield was elected county attorney and moved to Columbus, and he was elected county judge n 1896. During his tenure, Mansfield served as Grand Master of the Grand Lodge of Texas Masons. In 1916, he was elected to the United States Congress.
As a congressman, Mansfield served as the Chairman of the House Rivers and Harbors Committee. In 1947, Mansfield donated property to Columbus for construction of a public library. 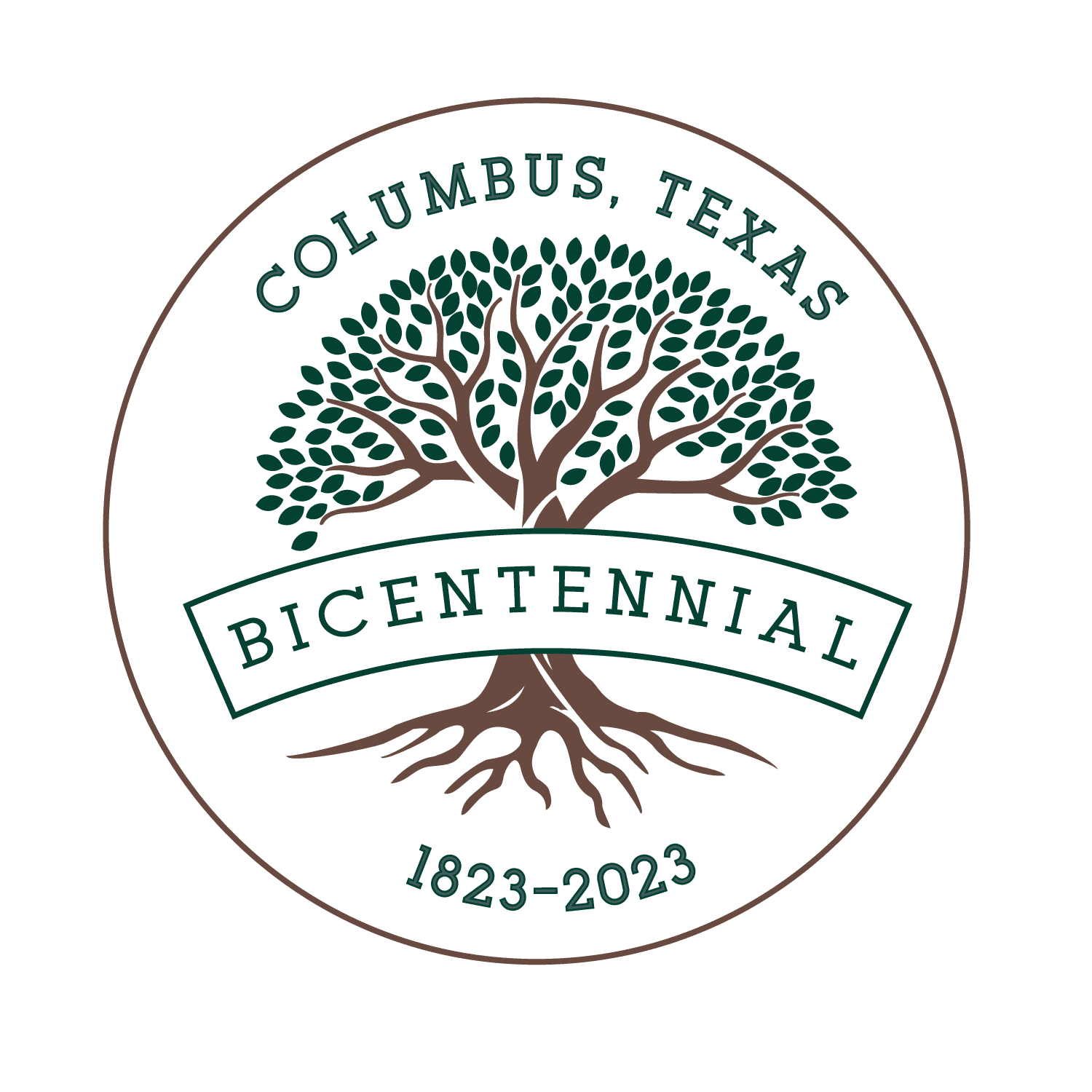